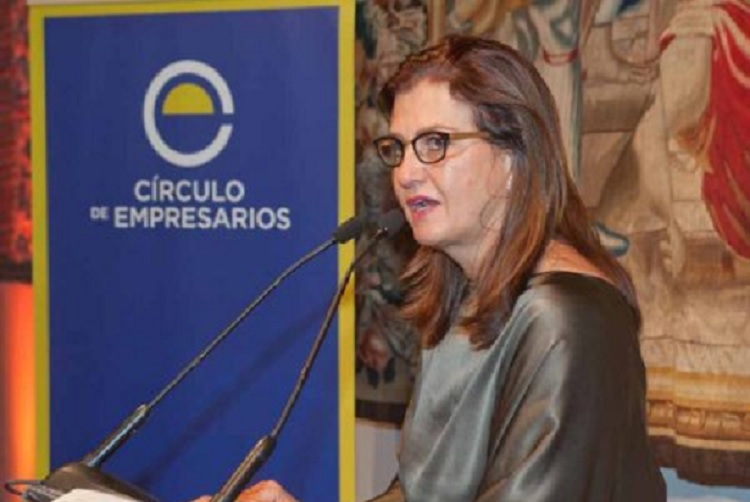 The Círculo de Empresarios, which is currently celebrating its thirty-fifth birthday, was created at the start of Spain’s transition from dictatorship to democracy. In that difficult period, José María López de Letona, our honorary president and founder, led a generous offer by a group of important businessmen who wanted to express their conviction that the market economy was the most appropriate framework for progress in the country’s new situation. The changes Spain was experiencing had to be reflected in all sectors of society, not just politics, and to achieve the greatest possible wellbeing it was essential that these new freedoms also reach the economic and business world.

Among those founders were important figures like Claudio Boada, Rafael del Pino and José Luis Ballvé. Little by little there would be new members –Juan Miguel Antoñanzas, Juan Entrecanales, Ricardo Medem– all of whom shared the idea that the change had to be accompanied by the construction of a civil society that would help make democracy a reality. And we are still at work on this today because, as everyone knows, democracy isn’t something static that, once achieved, lasts for all time: rather, it must be built day by day and is progressively enriched by new contributions.

The Círculo is proud of its contributions to the socio-economic debate during this period, beginning with its efforts to define the model of society that was eventually enshrined in the Spanish Constitution.
The Círculo has always wanted to be a voice of calm reflection in the important public debates that affect the country: we have tried to address problems with an independent voice, our only aim being for society to examine its affairs rigorously and discuss them seriously.
We always have been concerned –and always will be– about questions like the public deficit, privatisations, education, health, pensions, the legal framework, etc. And while of course we would have liked our proposals to have been taken more into account, it must be recognised that many of them have been heeded.
It’s evident that today’s Círculo, while it still shares the spirit and aims of thirty-five years ago, has to be something different; it must also be constantly changing. To this end, there is no shortage of young members who are firmly committed to the Spain of the future.
The youngest members of the Círculo are concerned about the high degree of interventionism in the country, with public spending now at almost 50 per cent of GDP. Of course the State must be present to a degree, but not quite this much. They are also worried about the very high national debt, the public deficit, and the extremely high rate of unemployment –questions, they feel, that will have a considerable effect during the coming decades.

Like the Círculo’s founders, these new members are sensitive to matters such as corporate management and business ethics. They are especially concerned about the lack of leaders and guideposts in society. For these reasons, they feel that once the economic crisis is over, society must assume its responsibility to lead Spain, and that to this end the Círculo must play a leading role.
Part of the Circulo’s influence on society has to do –now and in the future– with the ideas and proposals of our associates –a wide range of experts, academics, analysts, etc. who have helped us a great deal. The have not only invigorated the debate about important issues in society but have also shaped our own criteria. And we cannot forget –or fail to thank– the news media for their help in spreading our ideas.
But the Círculo does not just present ideas for progress: it also plays a very active role in working with society. This has been possible thanks to the generous participation of many State institutions such as the Congress and the Senate, the Assemblies of the Regional Autonomous Communities, the Governing Body of the Spanish Judiciary, and the ministries of Finance, Foreign Affairs and Justice. Thanks are also due to universities like the Madrid Autonomous University and Comillas-ICADE, and to institutions like the IE Business School, with all of which we have different programmes.
We at the Círculo are especially proud of the support we have always received from the Monarchy. Over the course of these years His Majesty King Juan Carlos has regularly welcomed our different boards of directors, always expressing his enthusiasm and encouragement.
The members of the Royal Family –whether the King and Queen or the Prince and Princess of Asturias– have shared many of our association’s most important milestones, attending a number of our celebrations and public events.
We recently received yet again the support of the Crown in the official announcement of the Kingdom of Spain Prize for Business Development, to distinguish businessmen “for their contributions to the country’s wellbeing and progress.” It will be presented this coming summer, in conjunction with the Círculo of Basque Businessmen and the Círculo de Economía.
Spain has changed a great deal in all this time, and it’s been a change for the better. We have a much better country than we sometimes like to admit. At a time when our companies are exporting and becoming more international, we have to convince foreign firms that this is a great country to invest in and to develop their projects. Besides promoting the free-market economy, the spirit of enterprise and the businessman as a creator of wealth, employment and wellbeing, that international focus is and will continue to be one of our important tasks. We must permanently look outward to see what is being done in the most advanced countries so as to try and imitate their virtues in business affairs.
These reflections are the basis of our strategy, one that we are constantly adapting so as to respond to new challenges. These thirty-five years we are now celebrating are thus only the beginning.
We are grateful to the members of the Círculo –several hundred of them over the course of these more than three decades– for their disinterested support in helping structure civil society. Especially to our founder, José María López de Letona, and to everyone else who has preceded me in the honourable task of presiding over this think tank: Santiago Foncillas, José Joaquín de Ysasi-Ysasmendi, Carlos Espinosa de los Monteros,  Manuel Azpilicueta and Claudio Boada.
I want to encourage Spanish society to join us in the contributions we want to make –always for the common good– in the coming decades.