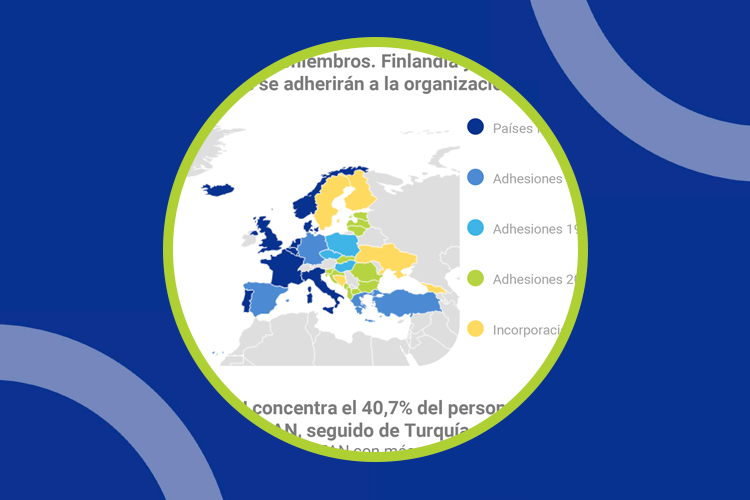 NATO, a political and military alliance and a transatlantic link

NATO, founded in 1949 by 12 countries, currently has 30 members. Finland and Sweden, awaiting the start of the accession process, are among the next countries to join the organisation

The US accounts for 40.7% of NATO countries’ military personnel, followed by Turkey with 13.5%

Spain, the country with the second lowest weight of defence spending on GDP in 2022*, far from Greece’s 3.76%

In 2022*, average defence spending per capita in NATO countries is estimated to be $1,098