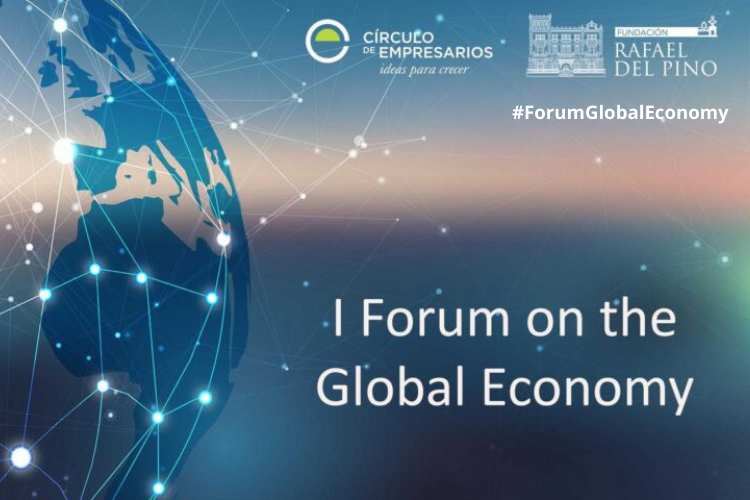 On November 4 and 5, Círculo de Empresarios and Fundación Rafael del Pino held the First Forum on the Global Economy, an initiative that, on an annual basis, is aimed at discussing the situation and prospects of the world economy.

The Forum was opened by John de Zulueta and María del Pino, presidents of the two entities, and had the participation of a series of prestigious international panelists who were structured in two roundtables dedicated to the world and European economy. It took place in an online format and entirely in English, with simultaneous translation into Spanish.

Click here to watch the complete Forum in spanish

1st session: Recovery of the World Economy after the Pandemic

2nd session: The European Union in a post-pandemic world stage

The second session of the event was focused in topics such as the necessary measures to face the recovery, the impact of Brexit, the role of the EU in the geopolitical scenario and the challenges of the energy and climate transition. For this second session, the panelists were Miriam González Durántez, partner in Cohen & Gresser LLP, Pedro Passos Coelho, former Prime Minister of Portugal, Emilio Lamo de Espinosa, chairman of Real Instituto Elcano, Guntram Wolff, director of Bruegel and Eric Chaney, economic advisor of Institut Montaigne.